Bournemouth Band, the Pudenski Brothers took to the introducing stage for The Sixth Shake and Stir Vintage Festival 2018 and what a beautifully warm and festive day that was helped by a mouth-watering mix of local food and drink.

Bournemouth Band, the Pudenski Brothers took to the introducing stage for The Sixth Shake and Stir Vintage Festival 2018 and what a beautifully warm and festive day that was helped by a mouth-watering mix of local food and drink.

The line-up featured a variety of vintage acts throughout the morning and afternoon, including Miss Annie and Jitterbug Jive. Also taking to the main stage were Mungo Jerry and Jesse Ray. And up and coming local bands got the chance to perform at the festival for the first time on the new 'introducing' stage.

Organised by the Southbourne on Sea Business Association, the Headline act on the Main Stage on Saturday Evening was Dorset's own Mungo Jerry. Check out the video below for a taste of the whole event.


The completely free annual family Southbourne vintage Shake and Stir is ideal if you are a fan of vintage fashion, music, cars, crafts or a vintage lifestyle in general. This festival takes over Fishermans Walk park and Southbourne Highstreet for the whole weekend. 2018 saw the event celebrate its seventh year.

The two weekend days of Saturday and Sunday see fun and entertainment across several festival sites. The Southbourne Grove Stage, Fishermans Walk bandstand, Fishermans walk introducing stage and 2018 saw Northern Soul from Winston’s Café in Poole- featuring The Rhythm and Soul DJ Collective. So no matter if you are coming to take part in a Surf Music Stomp or  Lindy Hop, then be sure to look out for the acoustic stage.


Shake And Stir in Southbourne is A celebration of vintage living... Cars, bikes, fashion, memorabilia and music from the 1920s to the 1970s - with a wide range of influences, including Rock 'n’ Roll, Rockabilly, Lindy Hop, Blues, Jazz, Country and Northern Soul. The Pudenski Bros consider themselves to be a part of the whole Community vibe which is around Southbourne, it is one of the reasons they want to participate in the local community events bringing their friendly outlook and feel good songs.

Unfortunately, The Shake And Stir 2019 Event was postponed much to many of the Southbourne community members. However, this did generate enough interest in the community to create a new event The Southbourne Revival

It is with deep regret we must inform everyone that 2019’s Shake and Stir Festival in Southbourne, planned for June 29-30th, is postponed. This is a situation we have fought hard to avoid but unfortunately, new stipulations administered to us alongside added expenses have made this year's event no longer viable.

After an absence last year, the hugely popular vintage music and dance event in Fisherman’s Walk and Southbourne Grove is returning on June 27 and 28. Due to the current COVID-19 issues, Shake and Stir has been postponed and is scheduled now for September 5th and 6th.

It will be even bigger and better says organiser and managing director of Stir! Events, Mandy Polkey, and new for this year is a Shake and Stir ‘fringe’ in the week leading up to the weekend itself. Mandy said: “It’s going to be a brilliant event. We have a selection of sponsors on board already and we’re working closely with BCP Council.”

The last festival in 2018 attracted 34,000 visitors and proved to be a major boost to the business community.

The 2020 highlights will include:

“There will be much more besides,” added Mandy. “It will be a green festival too. “We are working towards securing a carbon neutral certificate, and pulling together significant recycling and green traffic and transport plans.”

The opening times of the festival are:

Dawn Nottage, the chairman of Southbourne on sea Business Association, said: “We have supported the festival for several years and are looking forward to seeing it back this year. It is a great boost for residents, visitors and the business community and a real highlight of the calendar. It’s very exciting.” 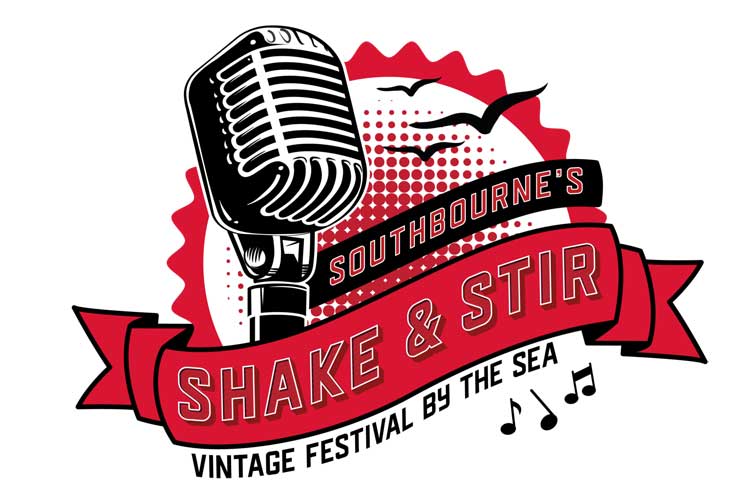 There is also a business membership opportunity for pubs, hotels and offices to hold their events and new for this year is the Shake and Stir ‘fringe’ in the week leading up to the festival itself.

Shake and Stir is not just about vintage music, the attendees to the Festival by the sea also come along to enjoy the range of pedal bikes. In previous years the organisers were looking for people to dress appropriate to the age of the vehicle with Penny Farthings as well as Indian Motorcycles.

American hot rods, custom motorbikes, classic cars and retro fashion with live music and dance displays from the 1920s to the 1970s.

The shake and stir festival has always been a real family affair. There are children's rides available with typical festival favourites of candy floss, ice cream with face painting artists. Visitors arriving at shake and stir will get the opportunity to sample music from a choice of 4 stages enjoying local ales, ciders enjoying the delicacies from Southbourne's artisan eateries.

It was back in 1970 after a performance at the Hollywood Festival when Ray Dorset the lead singer of Mungo Jerry had their biggest hit with In The Summertime. This does not feature on the Pudenski Brothers playlist, however, Dorset celebrated success in 1980 with a song originally written in 1977 for Elvis Presley Feels Like I'm in Love, however, Presley died before the song could be offered to him. Mungo Jerry released the song as a B side. The song was picked up by Kelly Marie a Scottish disco singer took Feels Like I'm in Love to number one for two weeks. This most definitely is on the Pudenski Bros playlist. Back to Mungo Jerry and In The Summertime and celebration of the sun-kissed days of summer, spend on the beach with fabulous sunsets and tasty BBQ's. The song was incredibly successful spending 7 weeks in the UK singles chart and is one of the biggest selling singles of all time behind Bing Crosby's White Christmas and Elton John's Candle In The Wind 1997 selling an unbelievable 30 Million copies.


Are you following us on social media?