27th October 2018 and Southbourne high street saw the invasion of the horror show for Frankenfest 2018. Martin and Craig took to the stage suitably dressed to impress and was assisted from dancer 'Pink' 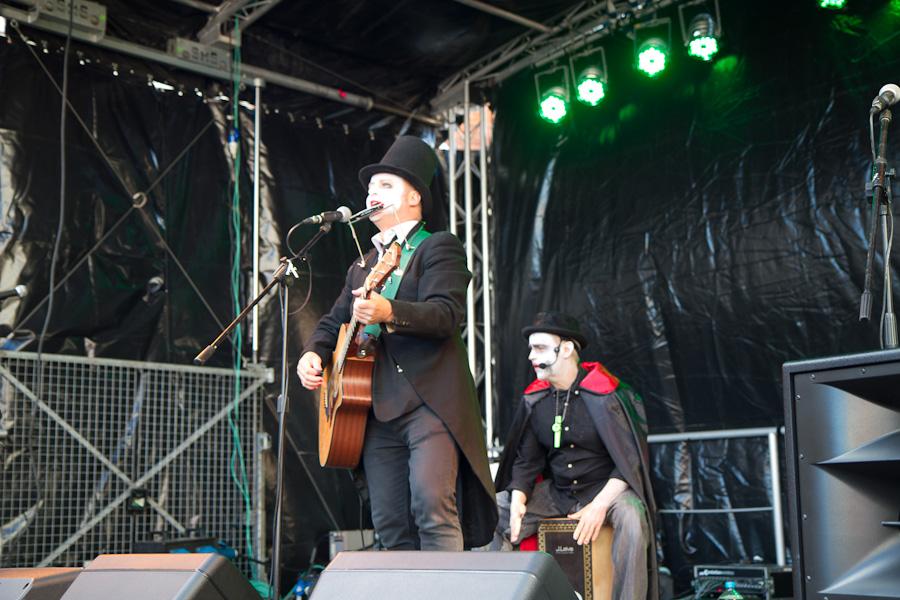 27th October 2018 and Southbourne high street saw the invasion of the horror show for Frankenfest 2018. Martin and Craig took to the stage suitably dressed to impress and was assisted from dancer 'Pink'

Frankenfest Southbourne’s Spooktacular Halloween Event is a community event hosted by the business's of Southbourne, for the people of Southbourne. Sometimes it can be referred to as The Southbourne Scream. Frankenfest is a local event which brings out all the family, who are happy to dress up in fantastic frightening and scary outfits, from babies, to children, teenagers and the more senior members of our community. Visitors flock to Southbourne to take part as well, to enjoy the amusements, shows, food and drink stalls and the live music acts. To summarise it is a spooky free community event for Southbourne to mark Halloween.

There have been events where the Festival is limited to Fishermans Walk Park, and some years where the high street gets closed and we get a full on music venue.

Frankenfest is an annual event which keeps on delivering, you can come out and find the whole street is jumping around singing at the top of their voices, especially towards the end of the night.

One of the many highlights of Frankenfest, is the Spooky Halloween Parade, which normally commences at Southbourne Green. Some years have experienced around 500 visitors took part in spooky costumes including wicked witches, blood-sucking vampires, and frighteningly cute pumpkins.

“We’re super excited to be bringing Frankenfest back to Southbourne. It’s going to be a thrilling day of fun for people of all ages. I would like to thank the community for helping to fund this event and would also like to say a big thanks to all the local businesses and Bournemouth Coastal BID, who have come together so that Frankenfest could return this year. Hopefully, it will continue for years to come.”

Back in 2018 the guys were on stage early on in the day with a twelve o'clock start supported with Pink dancing in her own particular style (She must of been cold in her outfit) but it seemed to work. They did have to dash off into Bournemouth as this week was designated Gig Fest with the second session seeing some spooky numbers in the Brewhouse and Kitchen, Commercial Rd, Bournemouth.

Many thanks to Fiona and Ricky, Tony Hughes, Gordon Fong, James Fowler and the all bands, organisers and volunteers that made Frakenfest possible.

“Last year’s Frankenfest was a fantastic occasion, attracting thousands of people to Southbourne. We are delighted to be aiding our local businesses in putting on this event for the second year. Event’s like this are pivotal in keeping our high streets vibrant and thriving.” 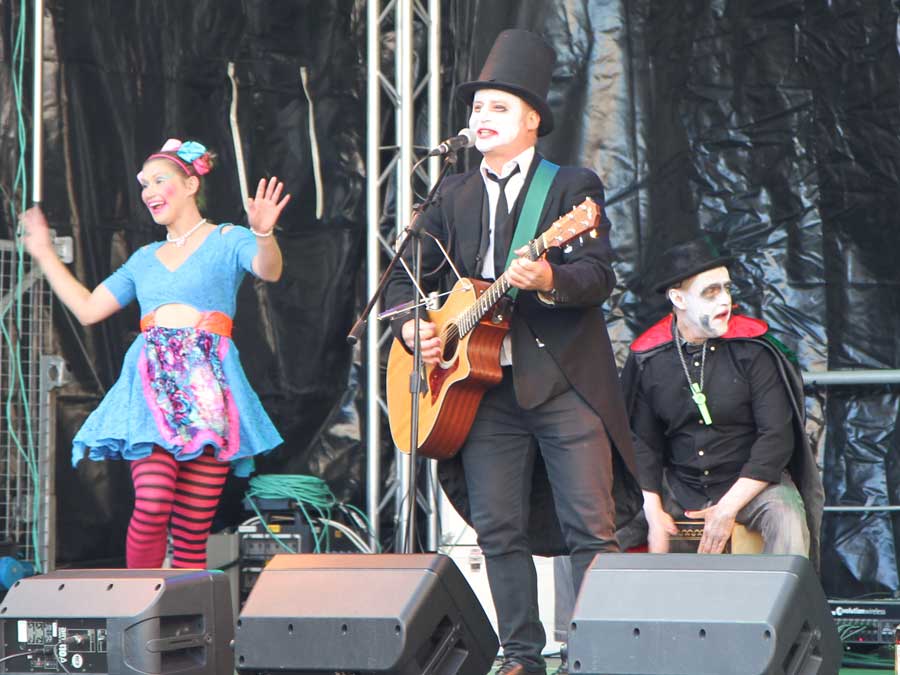 The Los Palmas Six are a seven piece Madness tribute band, established in 1998 and  who have been together for 20 years. Sax player and backing vocals Steve Turner played sax and recorded with Madness for over eight years. Other members of the group have played with Bad Manners and other UK SKA groups. They play all of the classic hits and some of the groups B sides as well. Both Lee Thompson and Woody from Madness have also played with the group.


Headliners of Southbourne on Sea's Frankenfest festival were Dr and The Medics familiar to most of the UK for their cover of Norman Greenbaums 'Spirit in the sky', apt for a Halloween festival lead singer and 'The Doctor' Clive Jackson kept the freezing crowd entertained with covers of some of the UK's favourite hits. A special mention must go for the cover of The Cults She Sells Sanctuary, The Dr better known for entertainment value than purely as a singer kept the Southbourne crowd dancing until the end with covers from Billy Idol, Dead or Alive and Rocky Horror classic the Time Warp.